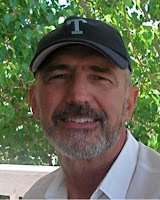 My colleague Dr Jim Doran, the director of international programs at Performance Learning Systems, is a guest on this week’s blog. Jim has been a teacher, coach, and headmaster at international schools on several continents. The following excerpt is taken from an article he published in InterED, The Journal of the Association for the Advancement of International Education (AAIE) Spring 2010 (pg27)

Merit Pay and Teamwork = Oil and Water for Teachers

Teaching is incredibly complex and when we try to make it less complex, as many seem to be trying to do, we do not do justice to our students. At the AAIE conference in Boston I was privileged to hear Daniel Pink discussing pay for performance in the world of business. In his latest book,

Drive: The Surprising Truth About What Motivates Us, which uses 40 years of behavioral science to overturn the conventional wisdom about human motivation, Pink stated that pay for performance works … for simple tasks, but as soon as there is even the smallest bit of complexity, merit pay is actually a negative factor. Although he was speaking to educators, he wasn’t talking about teaching or about schools; behavioral science says that pay for performance in business does not improve productivity, except in the simplest of tasks.

Business! Did I hear him correctly? How many times have I sat in board meetings listening to a board member say that we should run schools more like businesses and reward teachers for their performance? I always ask, and on what basis should we judge their performance? What if they have an unusually difficult class? Do you think merit pay would build a more collaborative or a more competitive environment? Etc. My questions don’t usually go over well, as businessmen are confident that competition between co-workers improves the bottom line. Therefore competition amongst teachers would improve teaching and learning. They need to read Dan Pink’s book.

I love coaching sports. Coaching a sport, like teaching a class, is an incredibly complex task. I coached for more than 25 years all around the world. Although in the beginning I thought I coached because I loved the sport, I quickly realized that although I did love the game, I loved building a team even more. What I really enjoyed was mentoring young people with varied ability levels, improving their skills, developing their fitness, but most of all showing them how much fun it is to play as a team. Helping my players realize how good it feels to work together, win or lose; how the whole of the team is so much more than the sum of the skills of the individuals are what kept me on the court year after year.

Coaches criticize their players, but good coaches do it in a way that their players know the criticism helps them to become better players and better teammates. Good coaches praise their players when they play well. Yes, at times, after working hard to help them improve, some players are cut if they aren’t improving or helping the team. That’s what we should be doing with teachers. Praising teachers for all that they do well and coaching them for improvement. Not stifling their creativity or dividing them by paying them for performance based on unreliable data, but helping teachers become better at what they are doing and better at being collaborative team players. Yes, there will be teachers that we need to counsel out of the profession because they are not providing the expertise and support their students deserve. Administrators need the tools, the will, and the support of their boards to confront that small group of teachers. But the vast majority of teachers want to be the best they can be, they are dedicated to their students, and they are capable of improving.

If teachers are coached, mentored, and supported they will do more for their students than we could ever ask of them. If they are paid for performance, well just read Daniel Pink’s book.

You can correspond with Jim at